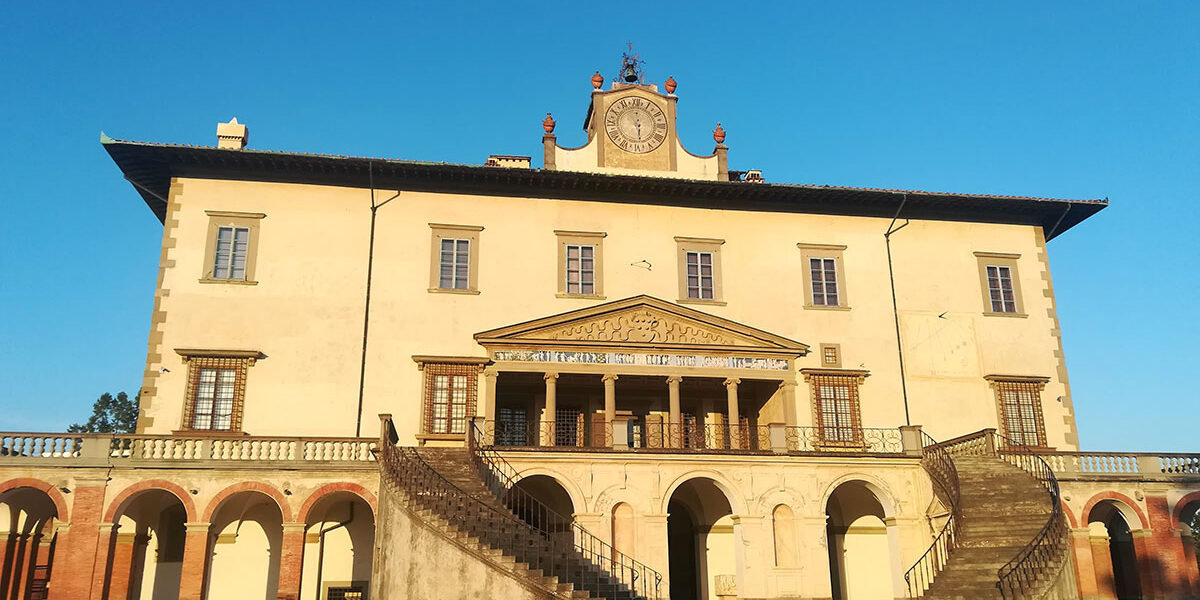 Just a few minutes from the villa by car is the charming village of Poggio a Caiano that owes its fame to the magnificent Medici Villa of Poggio a Caiano, a UNESCO World Heritage site, which is on the hill facing the terraces of Villa Il Cerretino. The construction of the Medici Villa was commissioned by Lorenzo Il Magnifico around 1480, but it was only completed in the following century after the return of the Medici from exile. Since 2007, the villa has housed the Museo della Natura Morta, with the splendid works of Bartolomeo Bimbi, making the villa well worth a visit.

The history of the Medici Villa is inextricably linked to that of our villa because of Bianca Cappello. In the second half of the 1500s, Bianca Cappello, a Venetian noblewoman having an affair with the Grand Duke of Tuscany Francesco I de’ Medici, was installed by the Duke at Villa Il Cerretino, where she remained until officially becoming his wife in 1579. At Villa Il Cerretino there is even the remains of a mysterious passageway that is said to have allowed the lovers to secretly go between the two residences to meet. Their love story is still today a source of legends and tales, especially relating to their untimely death in 1587. One of the legends says that after a dinner at the Medici Villa of Poggio a Caiano Francesco and Bianca both become ill and eventually died after 10 excruciating days of agony. Although malaria is listed as the official cause of death, many continue to think that instead they were poisoned.

Among the well-known individuals who spent time in the villa in Poggio a Caiano over the centuries, one of the most important is King Vittorio Emanuele II who used it at the time when Florence was the capital. Other important individuals include Armando Spadini, Ardengo Soffici (to whom the Soffici and Novecento Italiano Museum in the Stables is dedicated) and Filippo Mazzei (considered by historians to be one of the fathers of the American Declaration of Independence).